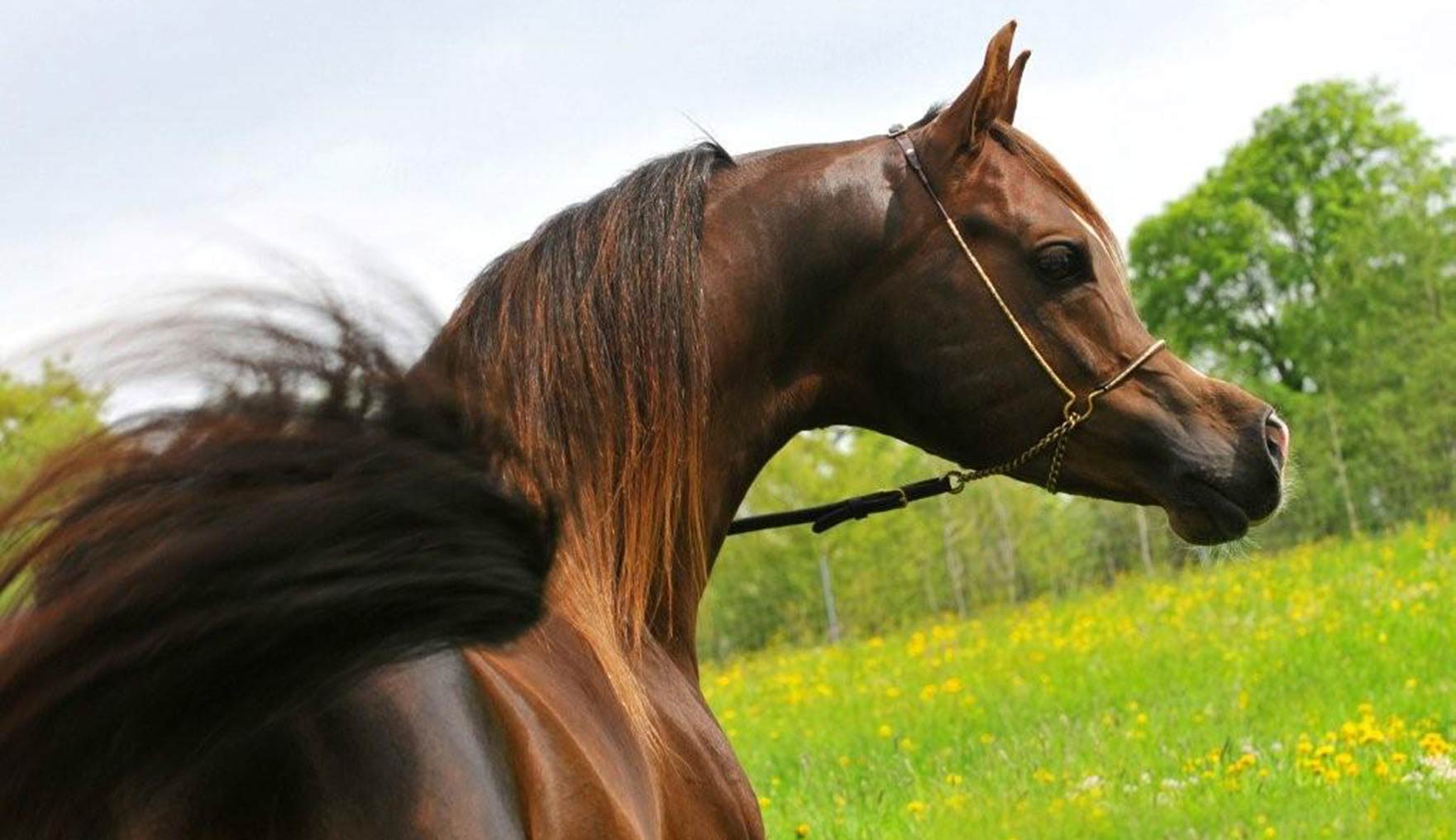 Was bred by Malcom and Jane Hickford (GB), currently under the care of Isabella Wobito. SANAGOR is son of FS BENGALI (KUBINEC x OM EL SANADIVA) and BEY SANTEYNA, granddaughter of BEY SHAH. His full brotherAJA SANGALI, owned by Al Khalediah Stables, was named Triple Crown winner in 2000 with Frank Spoenle on the lead.

Amongst AJA SANGOR’s titles is 2005 Great Britain National Champion, amongst others.

He is very important to our stud for being sire of our foundation mare WW NELITA. 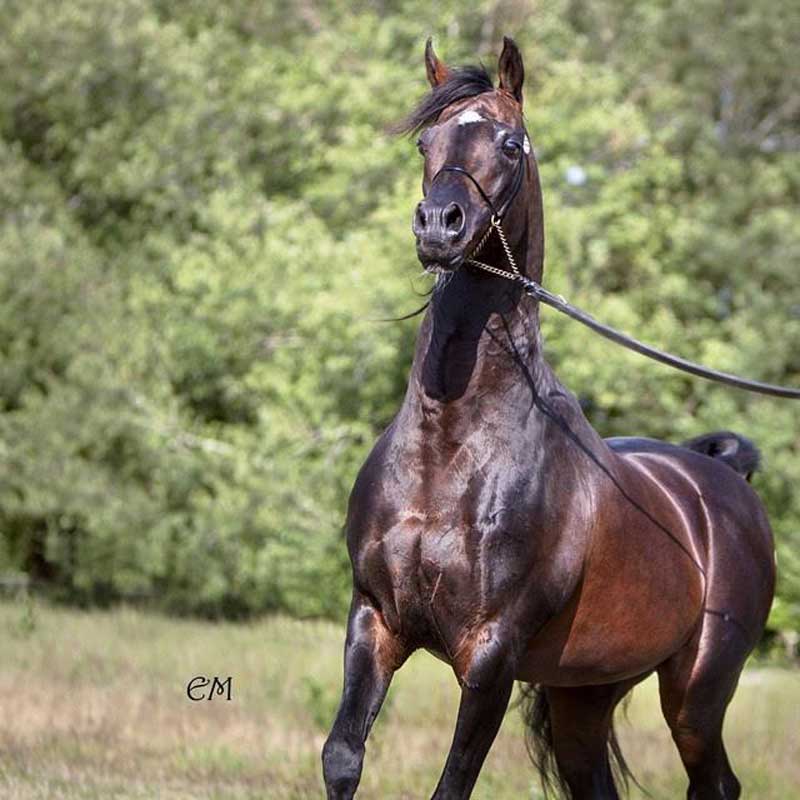 Was born in USA in 2012,and later taken to Italy by MG Arabians. Son of DA VALENTINO and AZALEA LBA.

In his pedigree we can find very relevant horses from the arabian breed such as VERSACE, PADRON PSYCHE, RUMMINAJA ALI, FAME VF, MARWAN AL SHAQAB, ALI JAMAAL, EL SHAKLAN… AVALON He won not only in USA (California, Scottsdate) but also in Italy, achieving Reserve Champion Colt at the Italian Nationals in 2015.

Unfortunately he passed away in 2017.

DP BLACK SMOKE by MALABAR DUKE out of SPARK OF MAGIC, born at Dragon Place in Canada. Importaded by ThomasMayer toGermany in the nineties. Foundation stallion of Black Smoke Arabians and sire to many halter and under saddle champions.

He is father of our stallion ROM FLEPP, bought in 2008. 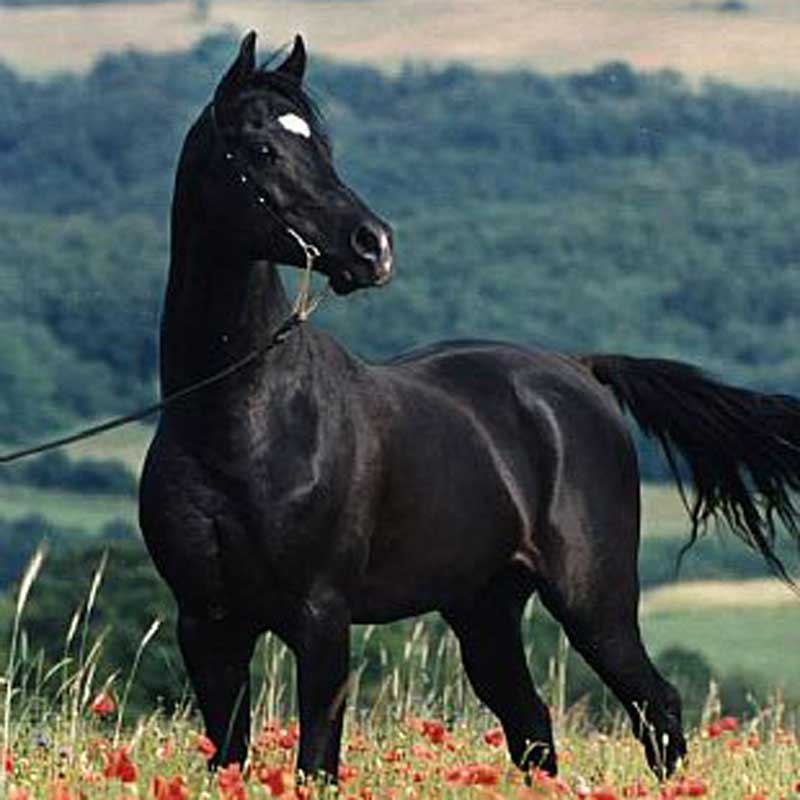 He is the father of our pride and joy DARIYAH AL ZUBI, Spanish National Junior Champion in 2017. 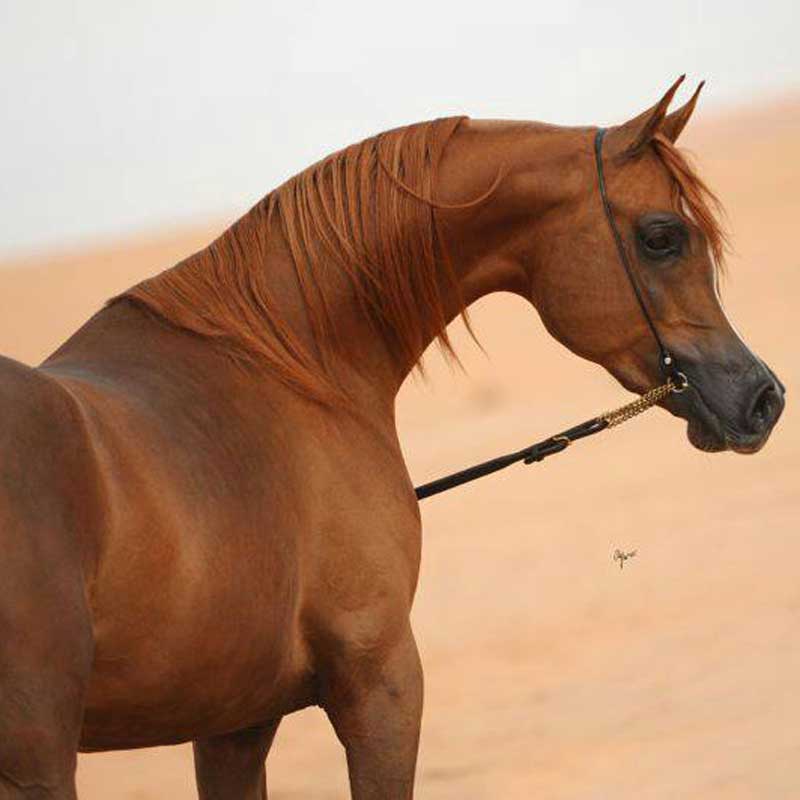 He has an outstanding show record, not only in Middle East but also in Europe. His father is AJMAN MONISCIONE and his dam DL MARIELLE, full sister to World Champion MARAJJ. After taking a look at his offspring… SERANZA or KAREEMAH ALBIDAYER, in USA and Europe, we decided to choose him as reference stallion of our stud. 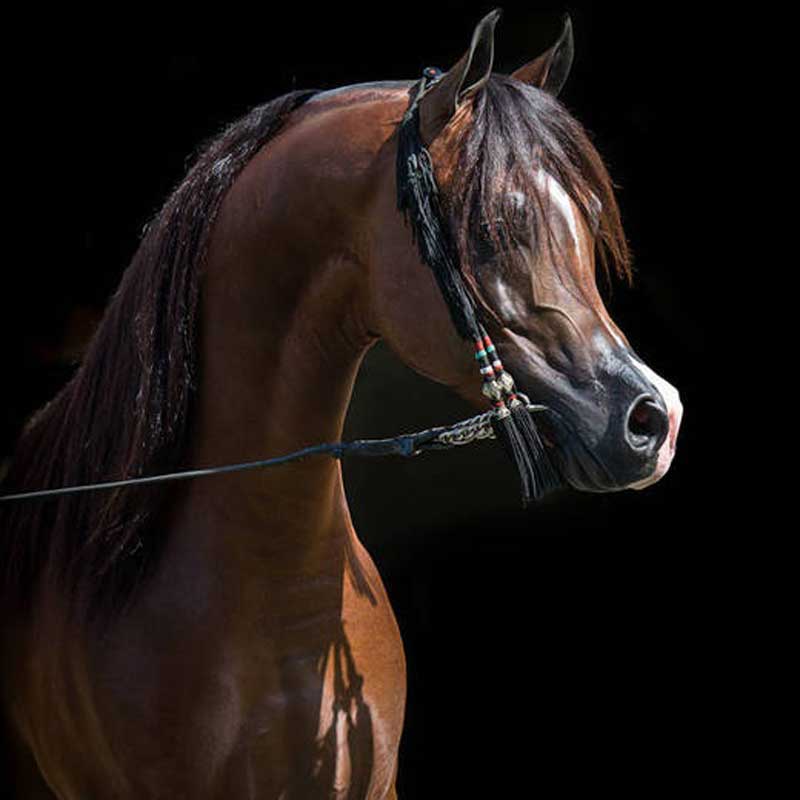 MARWAN AL SHAQAB is son of ‘the king’ GAZAL AL SHAQAB, and out of LITTLE LIZA FAME, born 2000 at Al Shaqab Stud (Qatar). He was leased in 2002 by Ses Planes (Majorca) and won the Gold Champion Stallion title in All Nations Cup of Aachen, Europe Champion and World Champion in the same year. Obtaining this way the desired ‘Triple Crown’ title.

He was USA National Champion Junior Colt in with Michael Byatt, and won again in 2005. In 2008 he was All Nations Champion and World Champion once more.Besides that he has won other shows in Europe, USA and UAE.

MARWAN is a living legend and sire of our foundation mare AMEERA AL JANNA. 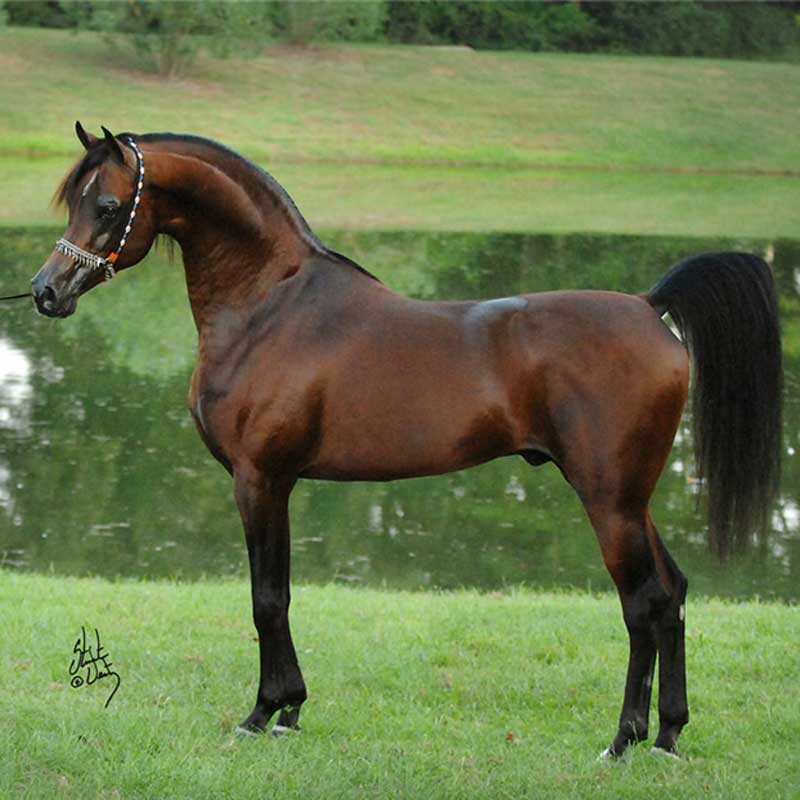 MONTHER AL NASSER wad bred by Al Nasser Stud of Qatar and currently owned by Danubius Stud of Romania. His origin is mainly egyptian. He has been crowned Egypian Event Champion, amongst other titles. His daughter MAYSAH ALJASSIMYA is Vegas Champion already.

His sire is ANSATA HEJAZI ‘pride of Kuwait’ and his dam ALIAH AL NASSER, that has produced several champions.

We trusted him and in 2012 COPPEL AL ZUBI was born as a result. 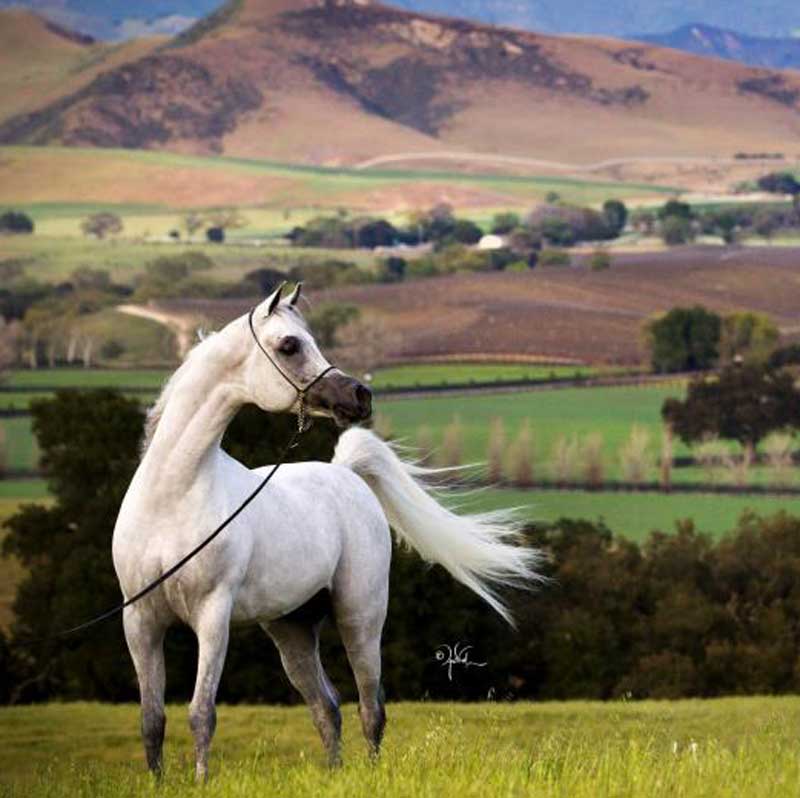 We await a 2019 foal from him and WW NELITA. We have much hopes with this cross and are willing to see the result. 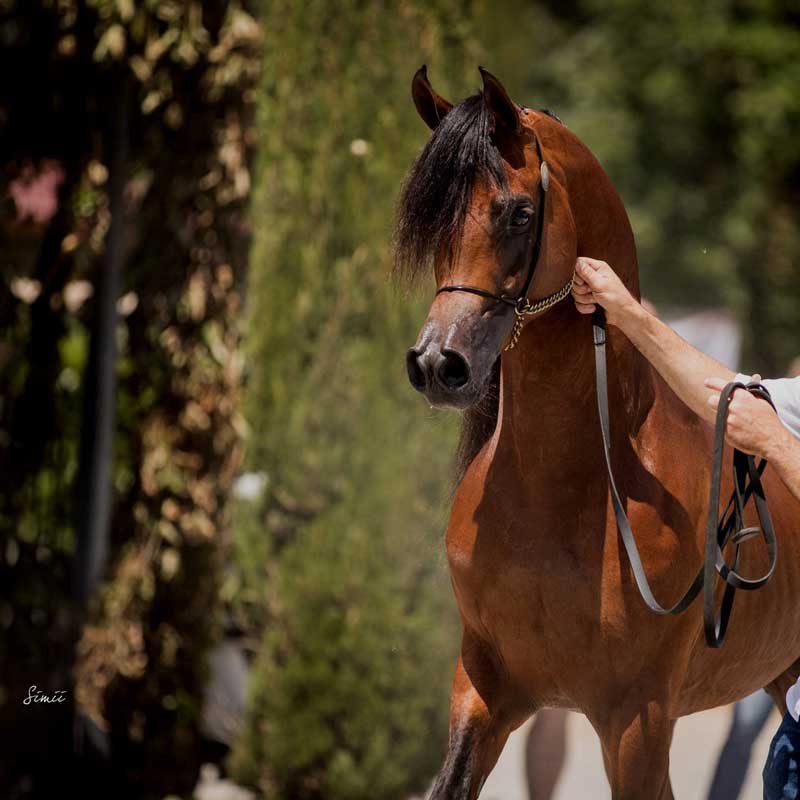 SHANGHAI EA is the sire of our lovely GAZIRAH AL ZUBI (out of WW NELITA). 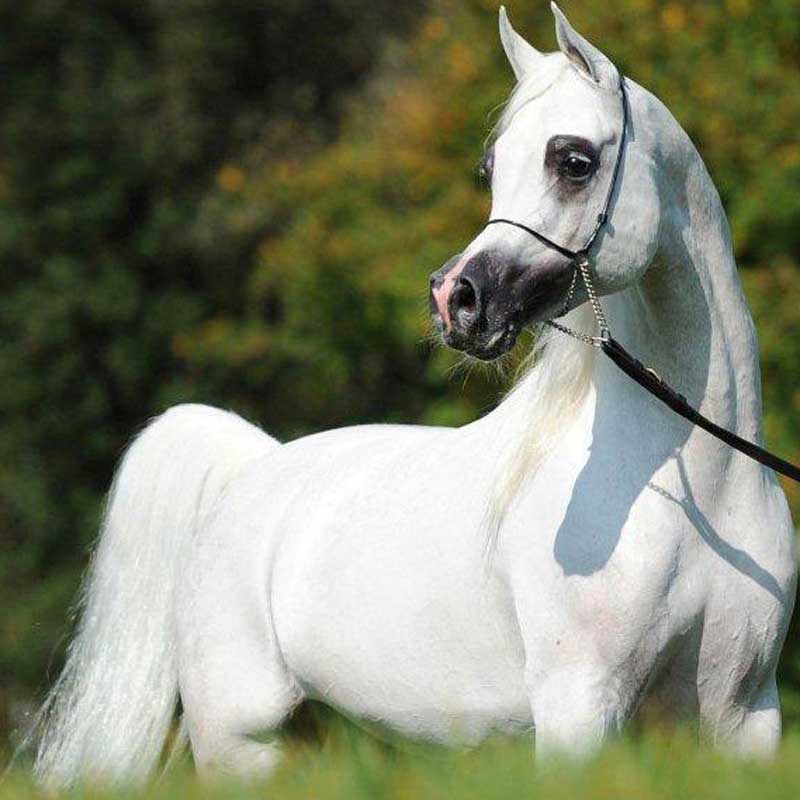 WADEE AL SHAQAB      is son of MARWAN AL SHAQAB and OFW MISHAAHL, owned by Al Shaqab Stud (Qatar).He was crowned World Champion in Paris 2012; and won in Menton that same year with Giacomo Capacci on the lead.

Before he had already been National Qatar Champion in 2010 and 2011, besides wining the Qatar Int. Show and the Al Khalediah Festival in 2012. He was unanimous winner at Menton 2017 and World Champion. Some of his offspring are BELLADONA AT (Bronze at World Championships and Menton 2007) and FIGARO (2017 World Champion).

In 2019 we will see the result of his breeding to our Junior National Champion DARIYAH AL ZUBI. 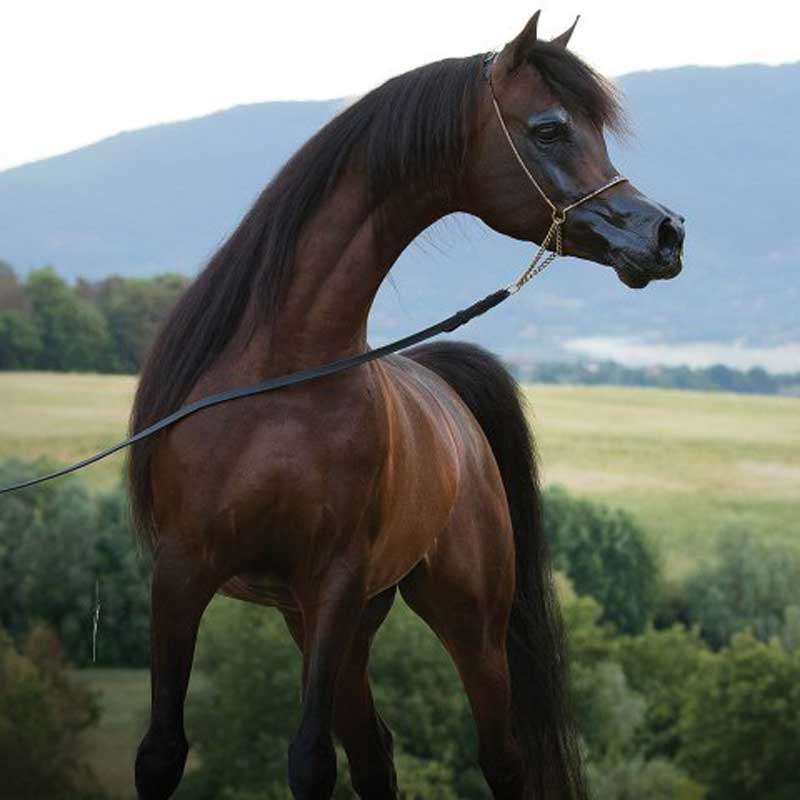