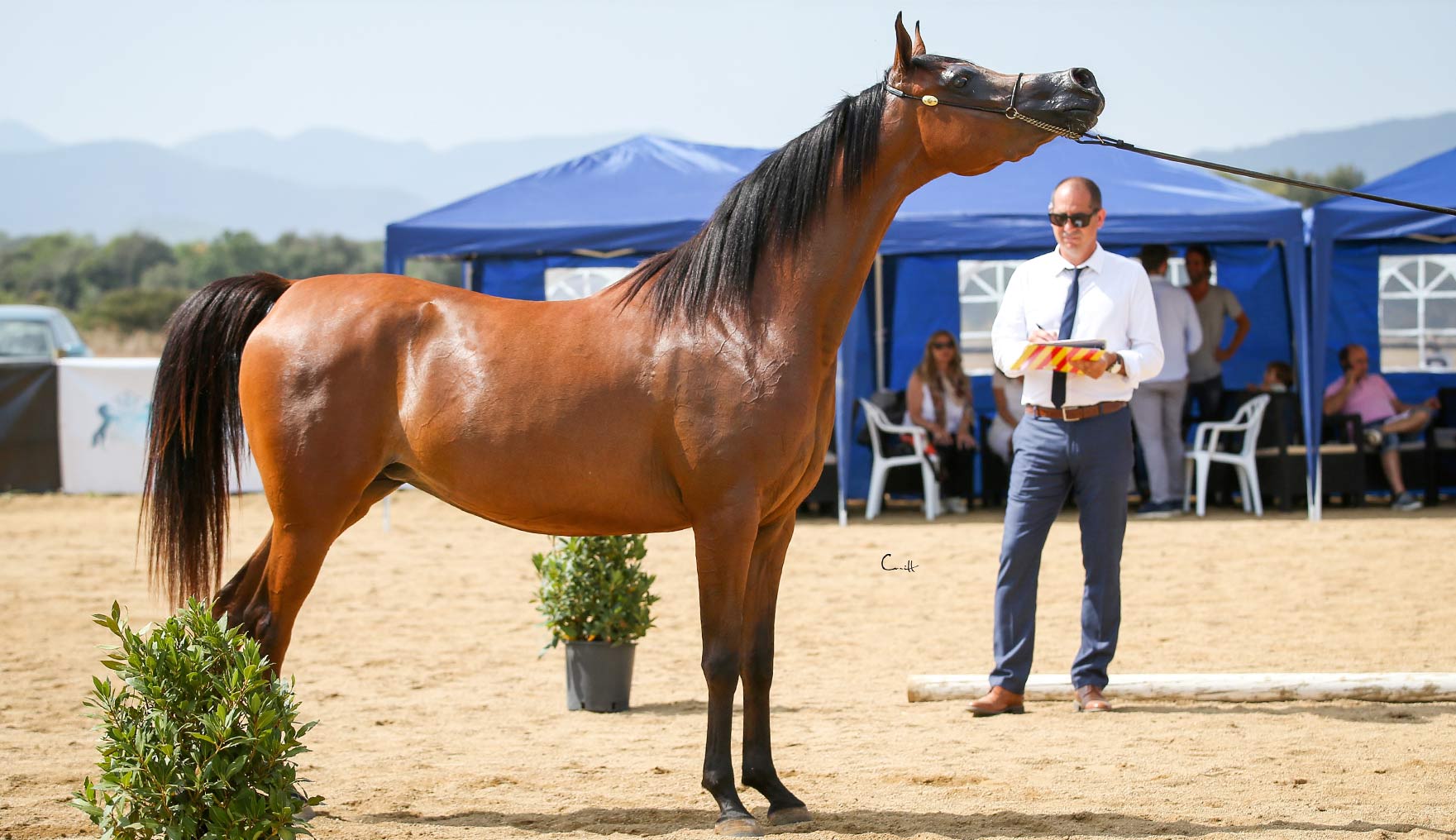 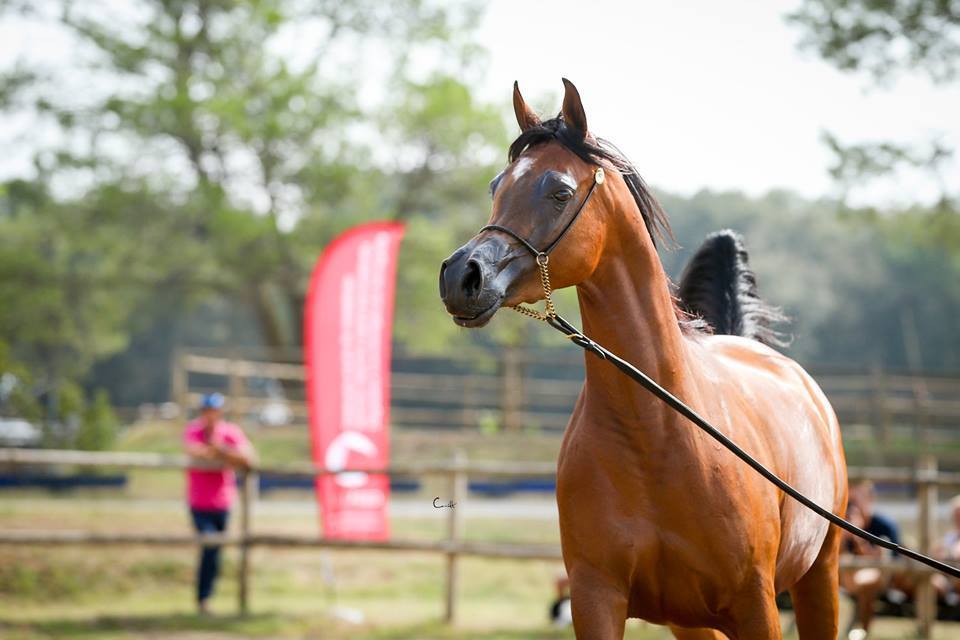 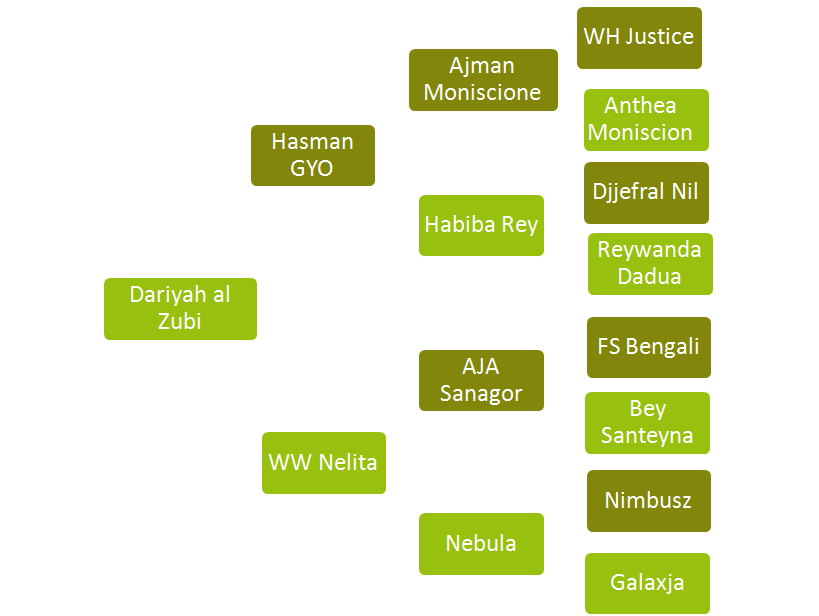 DARIYAH AL ZUBI (born 2014) is by HASMAN GYO out of WW NELITA. Her sire has many wins Italy, as other prizes in international shows. Her dam is one of our foundation mares WW NELITA.

DARIYAH is really friendly and has a loving disposition. Long and thin neck, and nice eyes that talk for themselves. She floats on her trot and is a good mover. She made her showring debut in 2016 with Bernat Tolra on the lead at the Int. BArabes&co Show at Mioño (Cantabria, Spain),
winning her class of 2 year old fillies with a score 275 includind two 20s. She had a well deserved SILVER MEDAL at the championship.

One year later she was shown at the I Costa Brava Show of Gerona,resulting in a second place of 3 year old fillies class. Just a month later she attended the XXXVIII Spanish National Championship and was class winner with 91,17. She finished the show as Gold Medal Junior Filly.

We hold her in high regard ans are willing to see her foals.Surely she will be a great mother and is currently in foal to 2017 World Champion WADEE AL SHAQAB (Marwan Al Shaqab x OFW Mishaalh) 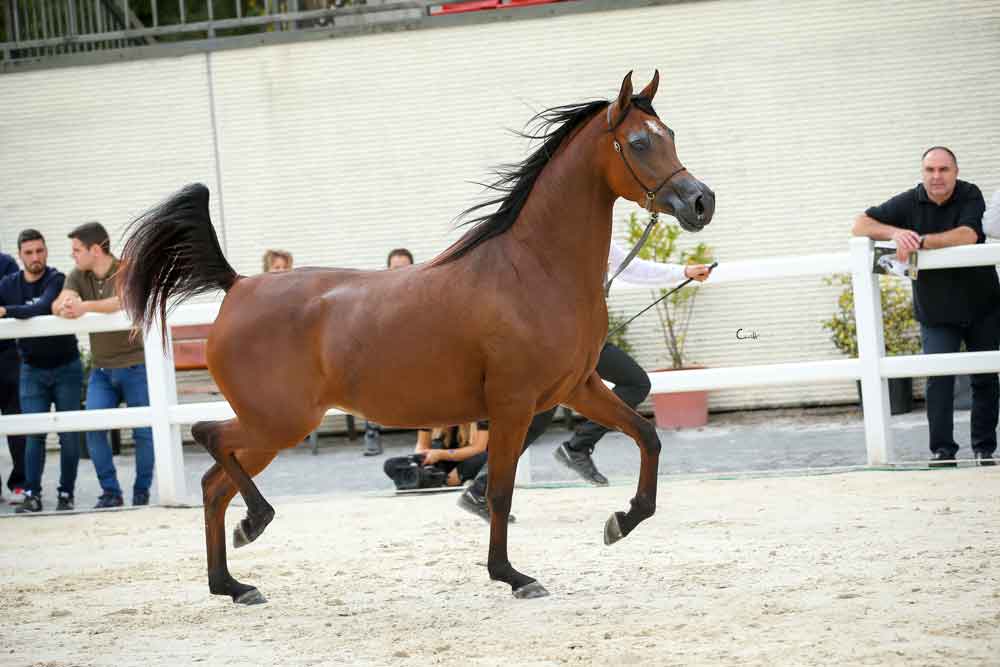 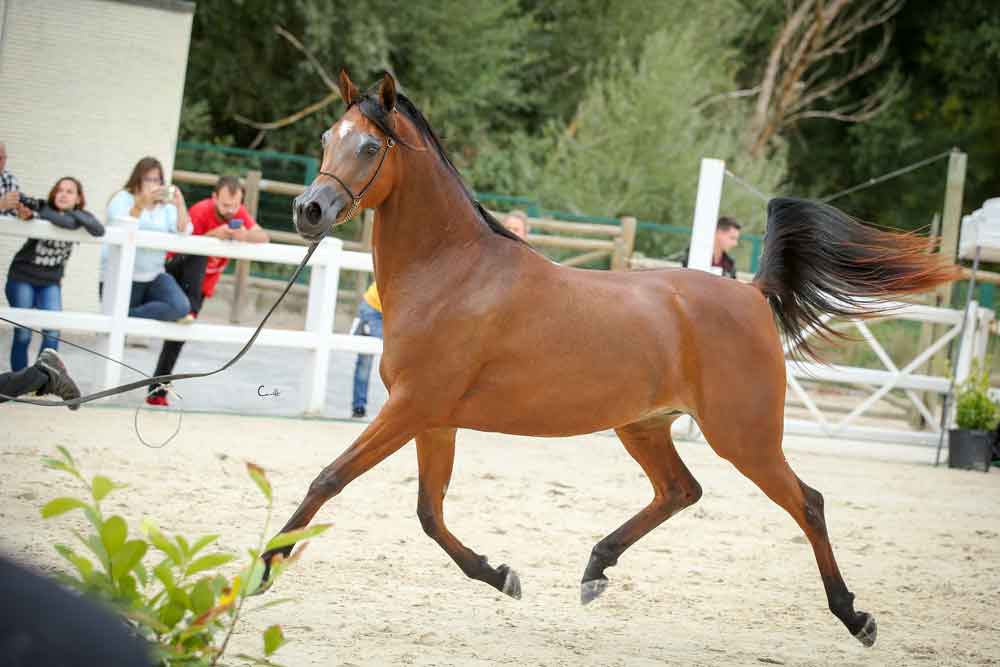 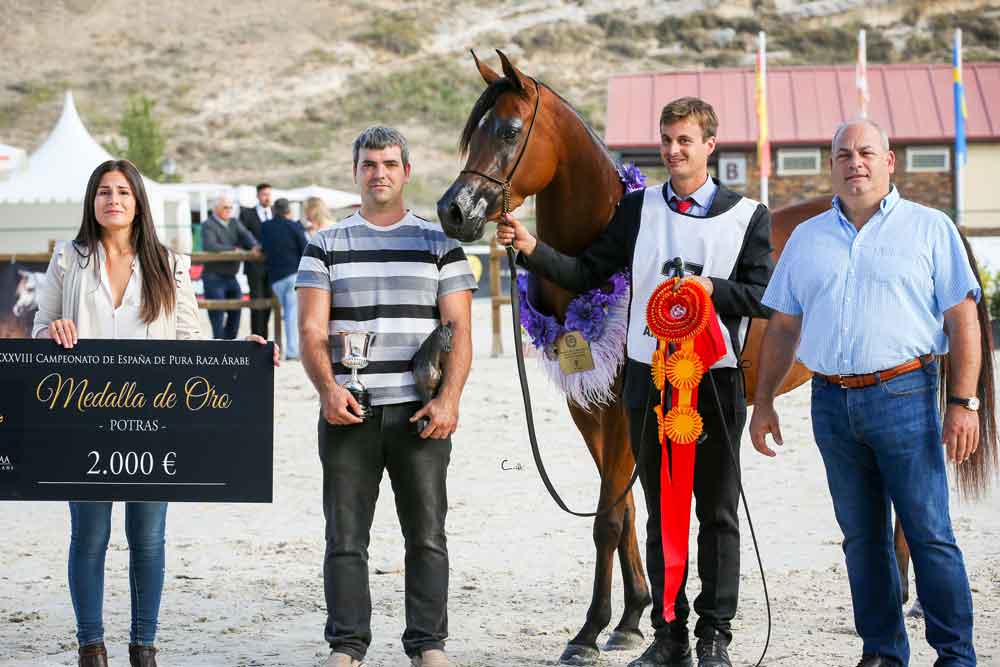 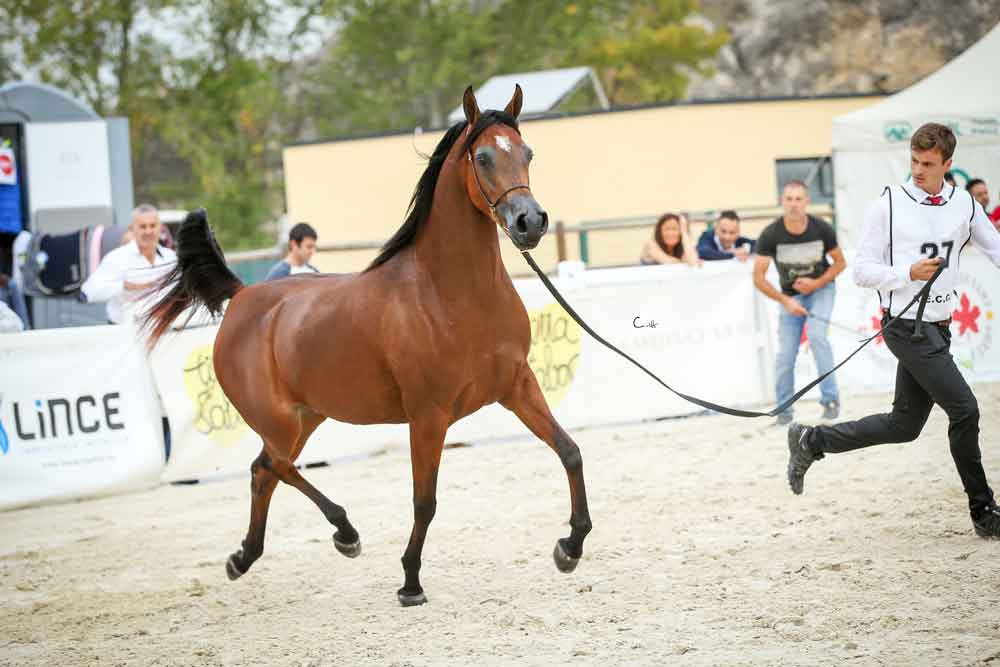 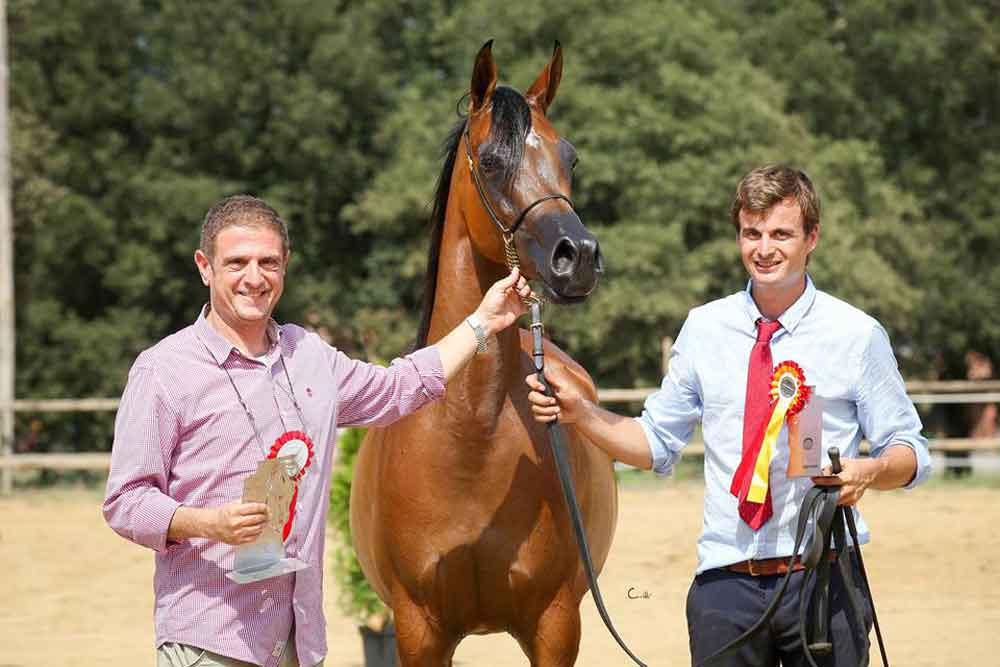 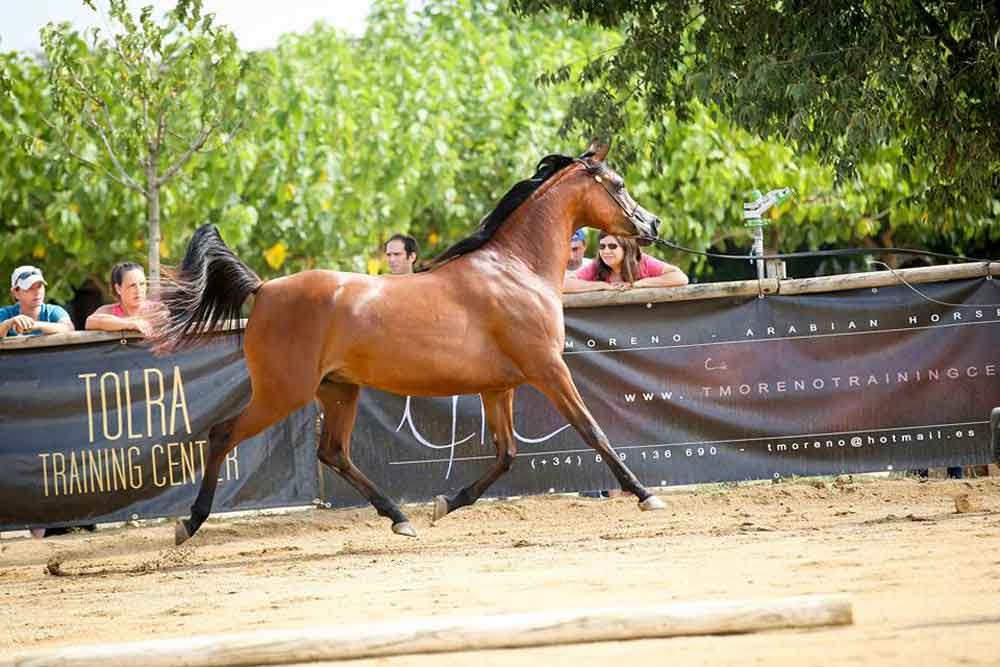 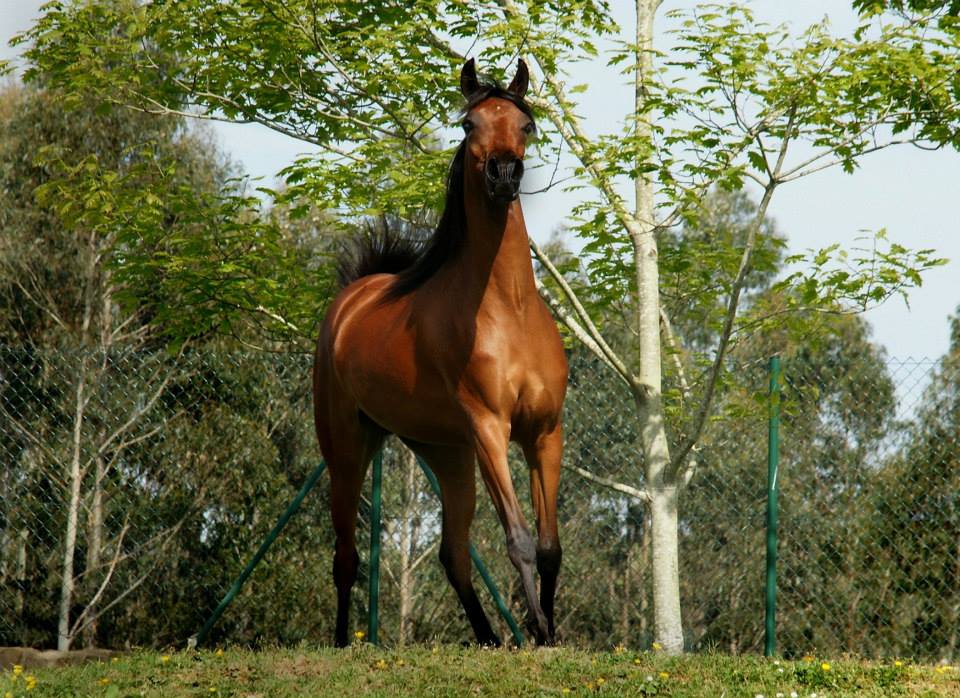 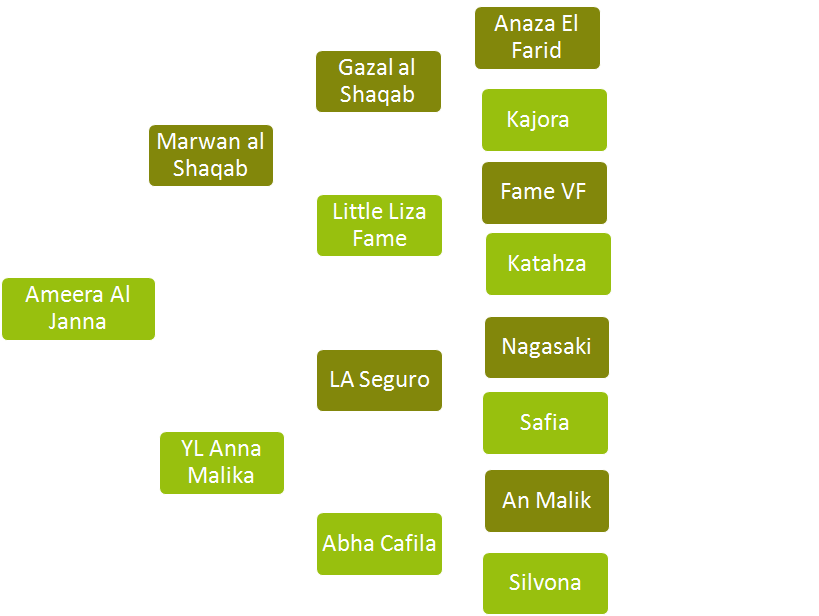 AMEERA AL JANNA is daughter of the living legend MARWAN AL SHAQAB, 3 times world champion and sire of countless champions in all 5 continents. Her dam is YL ANNA MALIKA, a pure spanish mare born in USA, sired by LA SEGURO.
AMEERA AL JANNA (‘Princess of paradise’ in arabic), was born in USA and exported to Spain with only 6 months of age, bought in 2010 by ZUBIALDEA ARABIANS to continue our breeding program. She is a very elegant mare with an arched long neck, good moves and sweet character 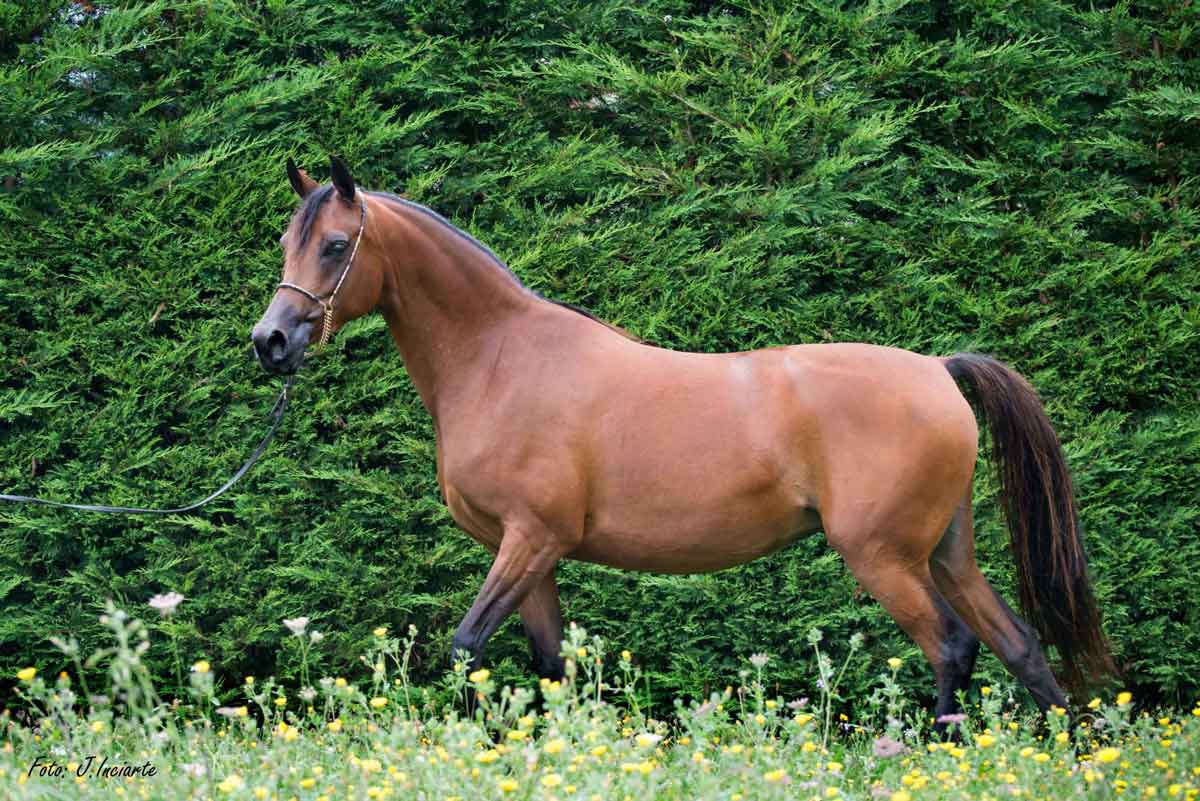 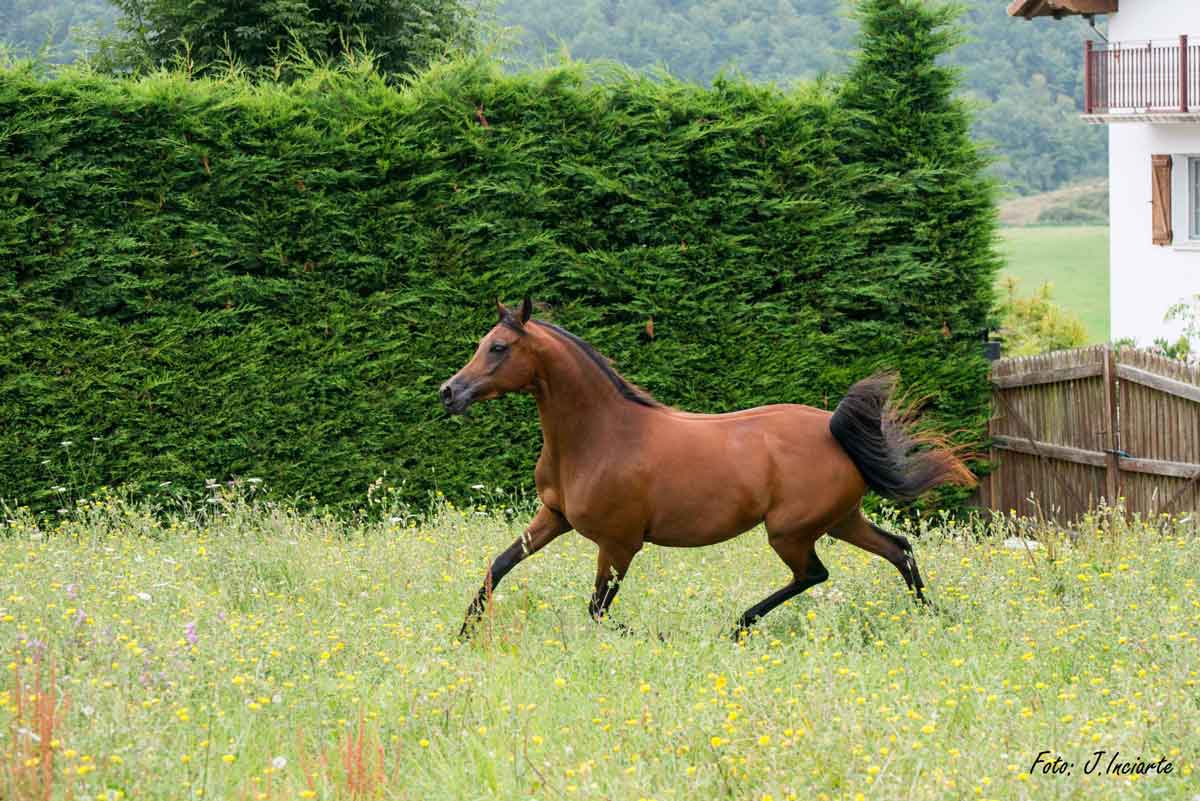 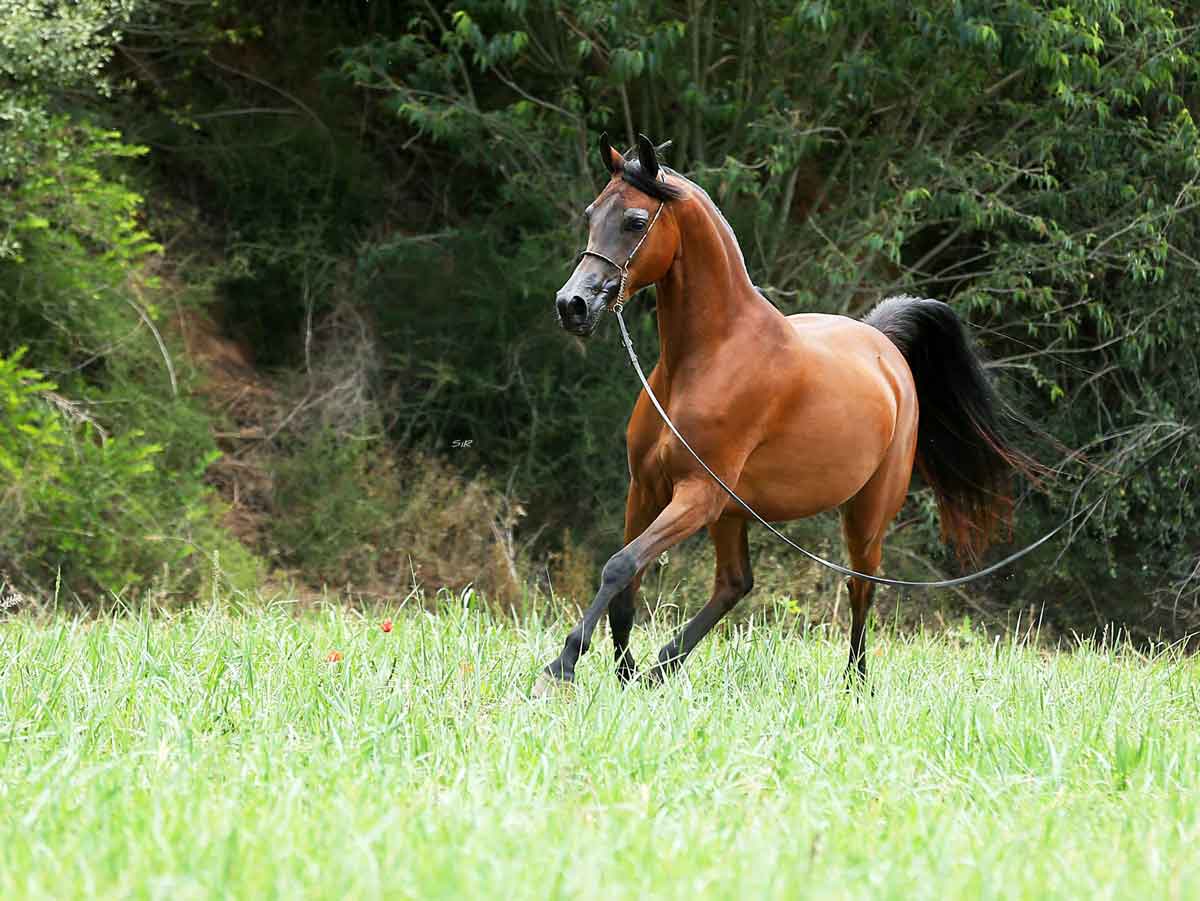 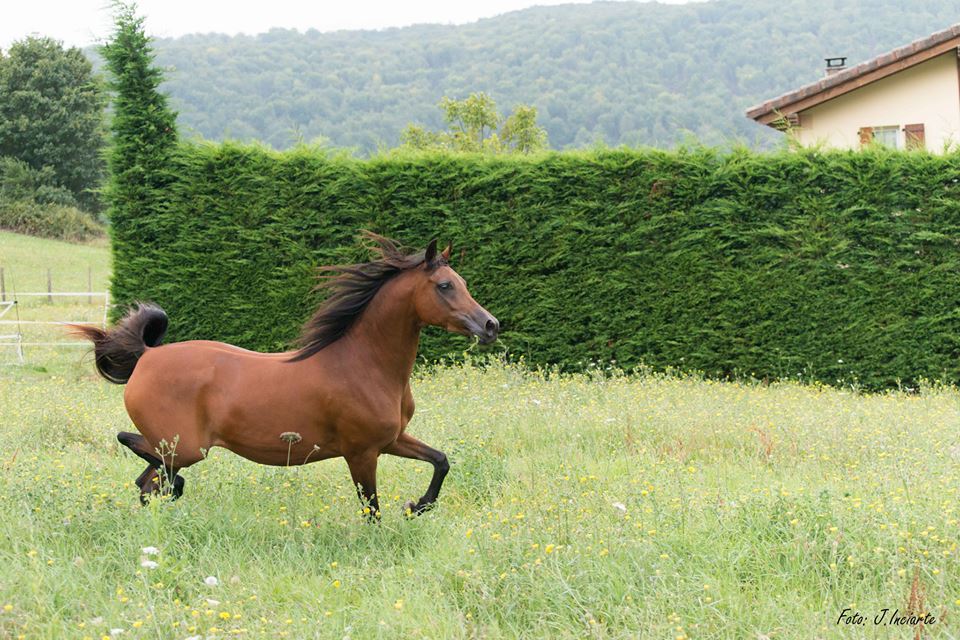 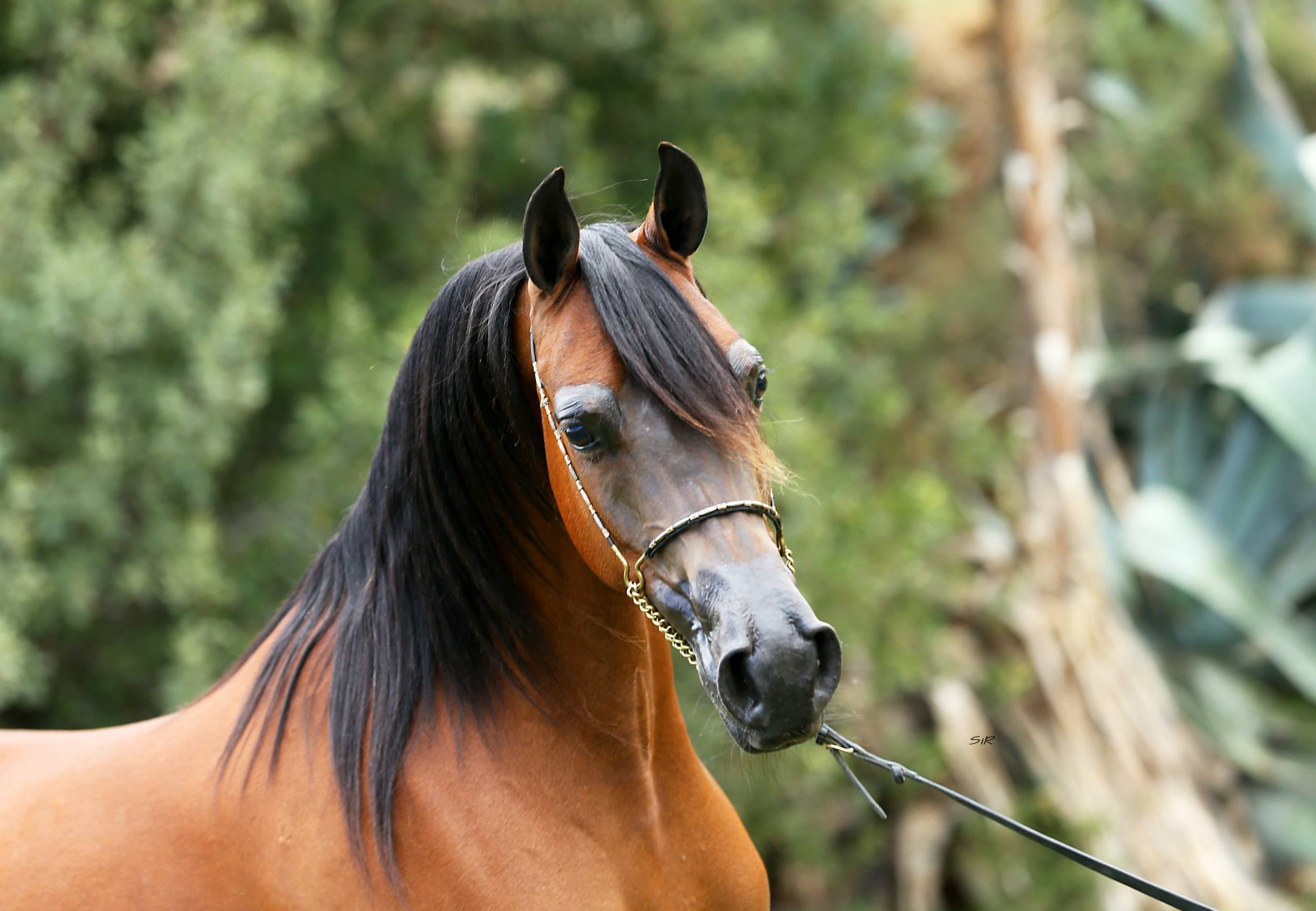 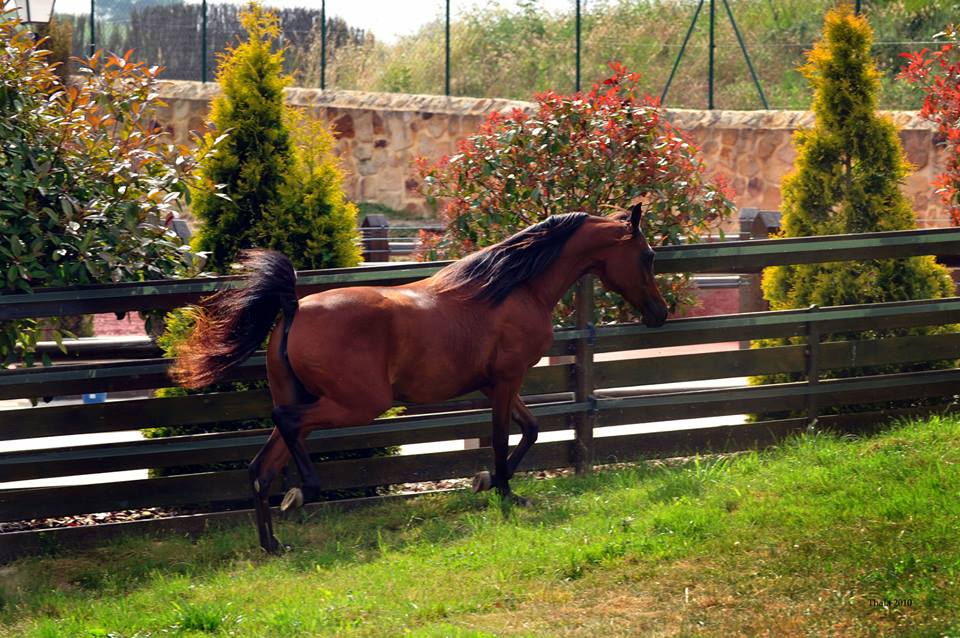 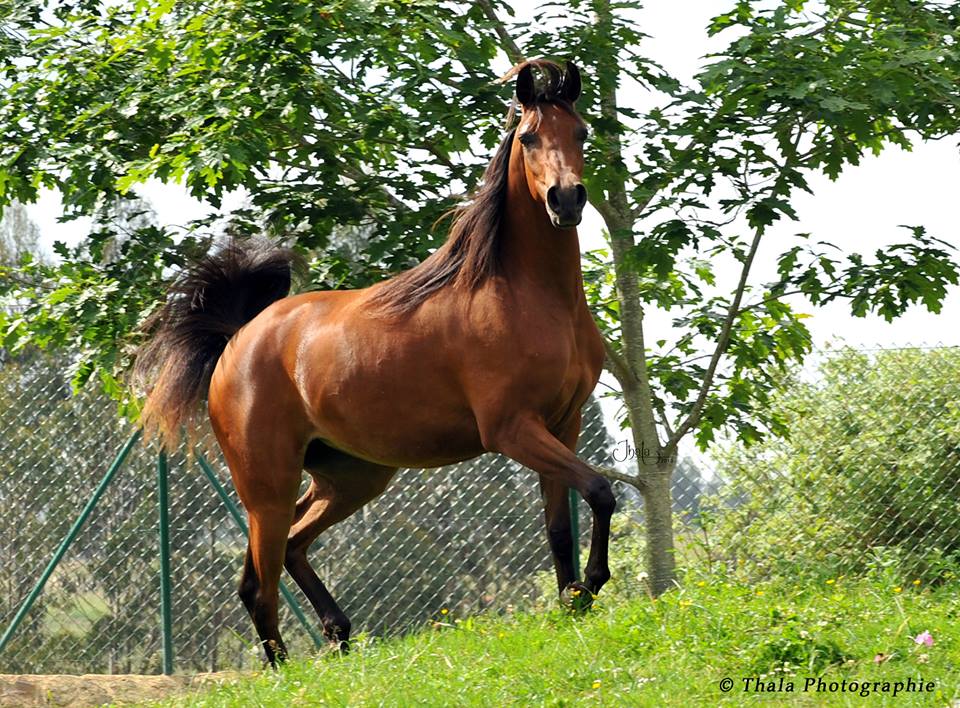 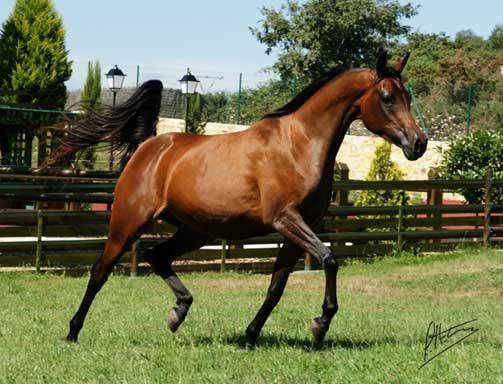 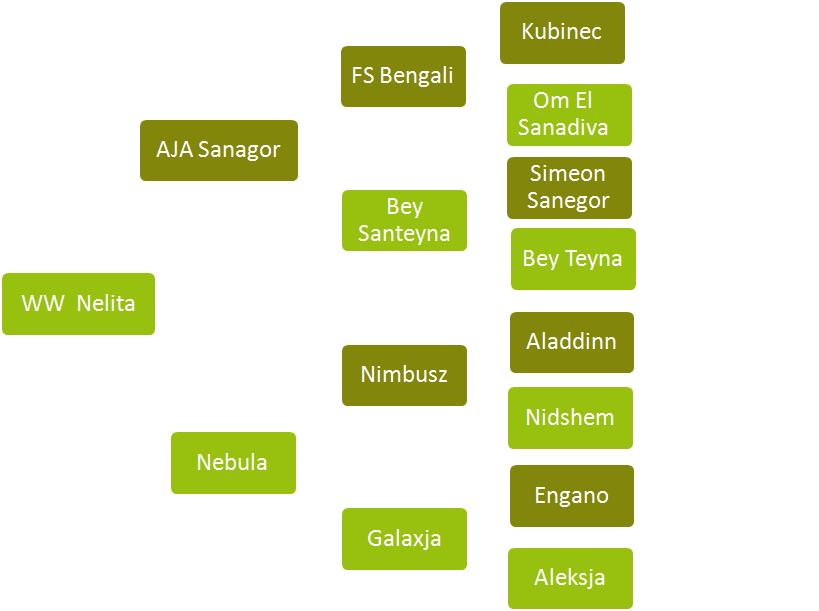 WW NELITA, one of our foundation mares. Bormn 2005 at W-ARABIANS of Veronica Mann-Wernsten from Sweden, importedto Spain by AL ZARAQ ARABIANS and later bought by ZUBIALDEA ARABIANS as a start to our stud.
Sired by AJA SANAGOR, stallion of modern pedigree and dam NEBULA, which comes from a mix of polish and russian lines. She is a mare with tons of attitude and charisma, elegant and harmonic movements.
Dam of 2017 National Junior Gold Champion DARIYAH AL ZUBI (by HASMAN GYO) amongst othera. Now in foal to SA FAEZ SIMBAD (by AJMAN MONISCIONE). 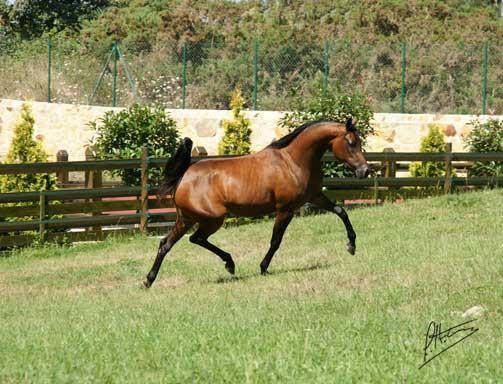 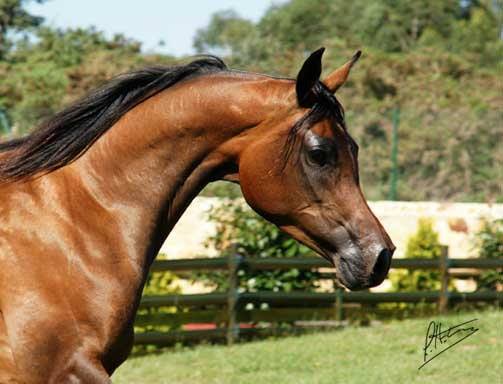 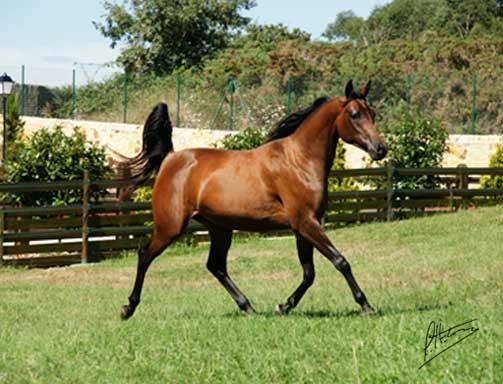